The spread of the deadly mosquito-borne Japanese encephalitis virus (JEV) is being accelerated by industrialized pig farming and climate change, according to a lobby group of small-scale farmers.

The virus, usually only present in the country’s far north-east, has recently spread through Queensland to New South Wales, Victoria and South Australia, with cases confirmed in animals in at least 28 piggeries across those states.

The Australian Food Sovereignty Alliance (AFSA) is calling on the federal government and industry to acknowledge the risks associated with industrial agriculture on climate, farmers, livestock and public health.

“It’s astonishing that we have a disease that’s never been south of Cairns down here in Victoria,” President Tammi Jonas said.

“Industry must respond appropriately to the emergence of JEV in Australian piggeries by mitigating the risk of exposure for pigs and farmers, as well as by having a long, hard look at the inherent risks in intensive livestock production.

“We grow so many animals in confinement; in this case animals that are major reservoirs for JEV.”

Calls to scale back industry

Ms Jonas farms 100 pigs at a time on her family’s Eganstown farm west of Daylesford, and said she was worried about climate change creating a breeding ground for JEV to spread through the nation’s pig population.

“Before pigs and poultry were kept in confinement, people didn’t eat the volume of pork and chicken that they eat now.

“I’m arguing that we need to go back to more a more extensive system like we have for cattle and sheep, and run pigs and poultry on pasture and reduce consumption.

“There’s a tiny number of large farms that are cramming animals together when there used to be small holdings across the country.” But JEV was not the only disease Ms Jonas said was spreading widely due to intensive livestock farming, with thousands of birds euthanized in 2020 after an avian influenza outbreak.

“It creates the perfect conditions for virulence,” she said.

“We should be eating less meat from higher-welfare animals; there is only a finite number of human and non-human animals the planet can support.”

Australian Pork Limited (APL) chief executive Margo Andrae said the industry had consolidated, but intensification was not to blame for the spread of JEV because the virus did not spread between pigs.

“It is mosquitoes that are spreading JEV throughout the country and their main target are waterbirds — pigs can be affected, but the reality is they also affect humans.

“We’re seeing high numbers of mosquitoes in areas that previously might not have had those mosquitoes, but waterbirds are also part of the transmission and they’re found across the country.” A spokesperson for the federal agriculture department said while pigs could become infected with JEV if bitten by infected mosquitoes, and could pass on the virus to more mosquitoes for a few days, pigs were not essential for JEV outbreaks.

“The government is investing $34.6 million over four years to better understand the distribution and spread of insects that may be implicated in the spread of emergency animal disease, including JEV,” they said.

“[There is also] $67.4 million over four years to enhance disease awareness and management strategies and invest in improved diagnostic tests.”

There are more than 4,000 piggeries registered in Australia by 200 APL members, Ms Andrae said, which represents almost 90 per cent of the nation’s production.

“Because the symptoms were different from anything we’d seen before in our pigs, we were able to do a very broad testing regime,” she said.

“From a biosecurity perspective, we are already on high alert for disease threats from outside of Australia.”

“Whether you believe climate change or not, the reality is the environment has changed, and our industry believes that we should be looking after the environment.”

Space to play or pause, M to mute, left and right arrows to seek, up and down arrows for volume.WatchDuration: 6 minutes 21 seconds6m 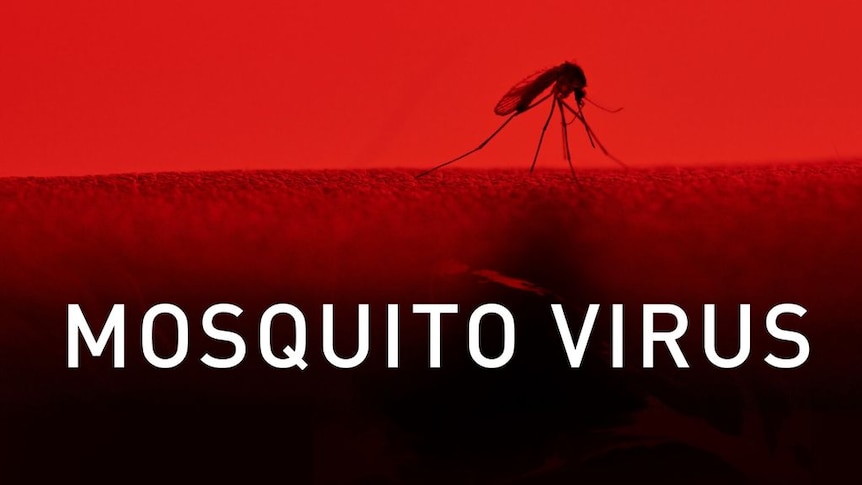 How worried should we be about the mosquito-borne virus, Japanese encephalitis?(ABC 7.30)

Swimming in a tank of Jello! Bug will get an iPhone