Saif Ali Khan’s family including veteran actress and mother Sharmila Tagore, sisters Saba and Soha Ali Khan are the kings of Bollywood. His father, Mansoor Ali Khan, was an Indian cricketer and also the son of Iftikhar Ali Khan Pataudi, the last ruler of the princely state of Pataudi. The family has a palace to their name and they are often spotted at the lavish Rs 800 crore estate enjoying the early winter months and summer holidays.

While Saif occasionally goes to Pataudi Palace with his wife and actress Kareena Kapoor and sons, we often see his sister Soha Ali Khan there. The Rang De Basanti actress occasionally flies to the ancestral home with her husband Kunal Kemmu and their daughter Inaaya. Her sun-kissed photos from the lush gardens of Pataudi Palace are simply unmissable and, needless to say, it whets our appetite for a tour of the property.

Soha recently revealed why she loves going to Pataudi Palace. She shared that it is a place where she spent most of her childhood and has the fondest memories of brother Saif and also father Mansoor. While opening up, Soha shared that she and the Tandav actor used to sleep under mosquito nets because there was no air conditioning. Every time she goes to the palace, she takes a journey through those beautiful childhood memories. 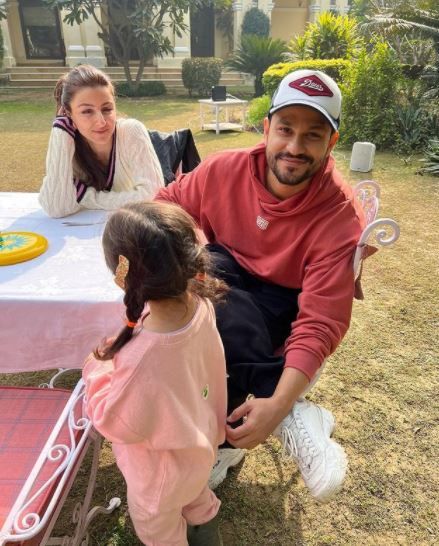 “I go to his grave and spend time with him. It’s his home. So there is also this connection. So many memories of growing up sleeping outside, under Macchardani (mosquito net). Now we have air conditioning, but back then there was no air conditioning and no cell phones. So it was a complete break.”

She further revealed that when she is at Pataudi Palace with her daughter, they do a lot of activities together. “We play cricket, do organic farming. Inaaya also goes there and plants something. Picks up potatoes, carrots and everything,” Soha told The Indian Express.

On the work front, she returns to the screen with Kaun Banega Sikharwati after a three-year hiatus. She shares the screen with Naseeruddin Shah, Lara Dutta, Anya Singh and Kritika Kamra.