Queensland’s first sleeper bus has arrived to provide emergency beds to homeless people on the Sunshine Coast as aid organizations scramble to help an avalanche of people affected by the housing crisis.

The $100,000 bus was funded by community donations as part of a campaign that began when homeless man David Collin was killed in his sleeping bag in Maroochydore in 2019.

He said that while the bus is not a long or even mid-term housing solution, it would provide some respite for people in a crisis.

“Because they’re so sleep deprived, you know, a few nights of good sleep in a bed, their mental health will improve, which will improve their physical health,” Mr Ellis said.

Peter McNeill is hoping to be one of the first to sleep on the bus when it opens on January 21.

Peter McNeill, who is homeless, says he can’t wait to get on the bus to sleep safely.(ABC Sunshine Coast: Jacqui Street)

Mr McNeill said he had been homeless for almost five years after quitting his job in Bunnings due to ill health.

He said Ross River fever from a mosquito bite had progressed to chronic fatigue, which meant he couldn’t work for more than an hour or two without lying down.

Mr McNeill was on the council housing waiting list and was offered rental assistance but was unable to find an affordable rent in the current market.

He described the bus as “absolutely brilliant” and “a blessing from God”.

“It gives me the luxury of feeling safe when I sleep,” said Mr. McNeill.

The Maroochydore bus has eight double cabins that can sleep eight single people or more if there are couples or relatives. 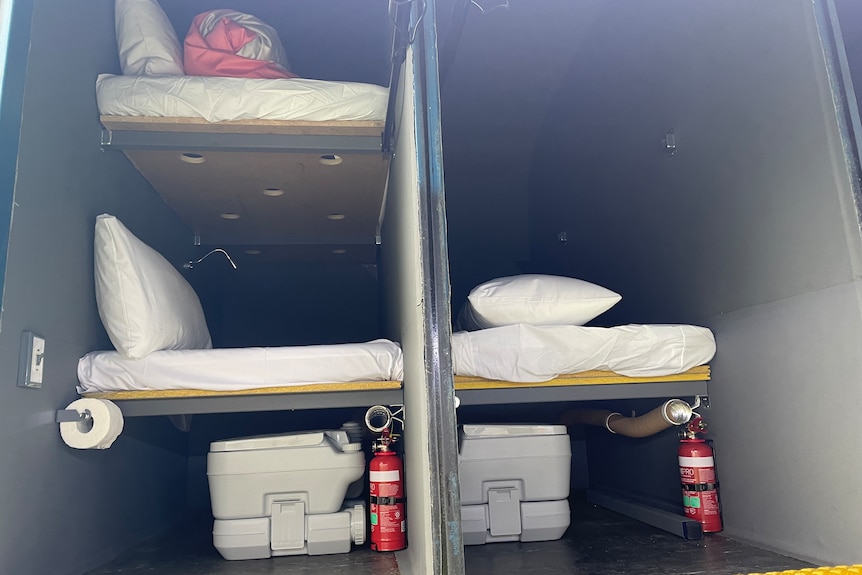 The sleeping pods are equipped with iPads and walkie-talkies so guests can communicate with the caretaker on board.ABC Sunshine Coast: Jacqui Street)

It will be parked in Maroochydore at a Council approved location and doors will open between 8.30pm and 10.30pm for onboarding, with wake ups from 7am.

“We have a rule, the rule of quiet enjoyment.

“So we don’t care what your condition is, what you have with you, a pet, whatever – we just need your name and you can sleep easy.”

Mr Rowe converted the bus himself after it was donated by transport company CDC.

The sleeping pods have air conditioning, reading lights, USB charging points, a small toilet and even an iPad so sleepers can check TV programs. 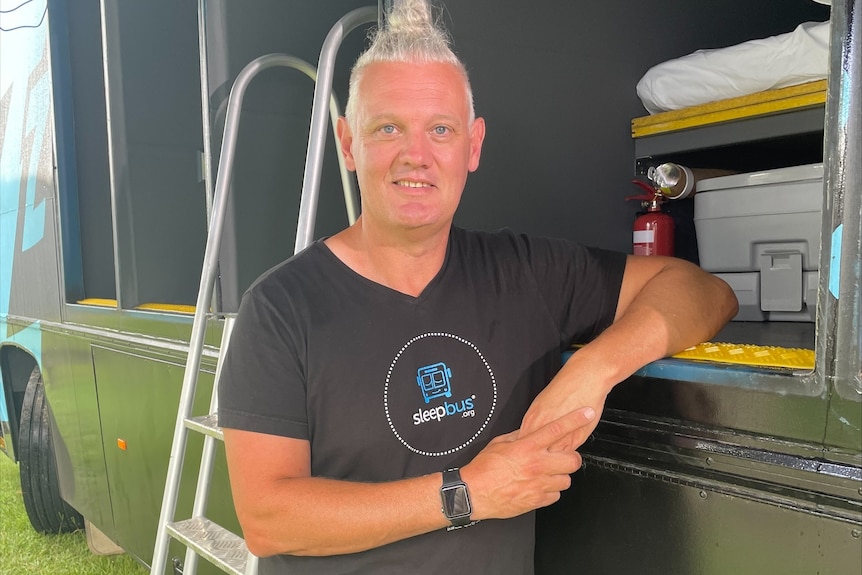 Simon Rowe fitted the bus with pods and drove it from Melbourne to Maroochydore.ABC Sunshine Coast: Jacqui Street)

Volunteers are needed to clean the bed linen but Mr Rowe said he has signed up 50 people to help.

The bus will also have a volunteer caretaker who will sleep in another capsule on board.

“So they stay in their own cabin at the front of the bus, it’s quite a big cabin, they have surveillance cameras so they can see what’s going on,” Mr Rowe said.

He said all guests also have a small walkie-talkie.

“So if they want to communicate, they can do that.”

The blue bus is open to anyone who needs a bed, but a pink bus for women has also been ordered and will arrive mid-year. 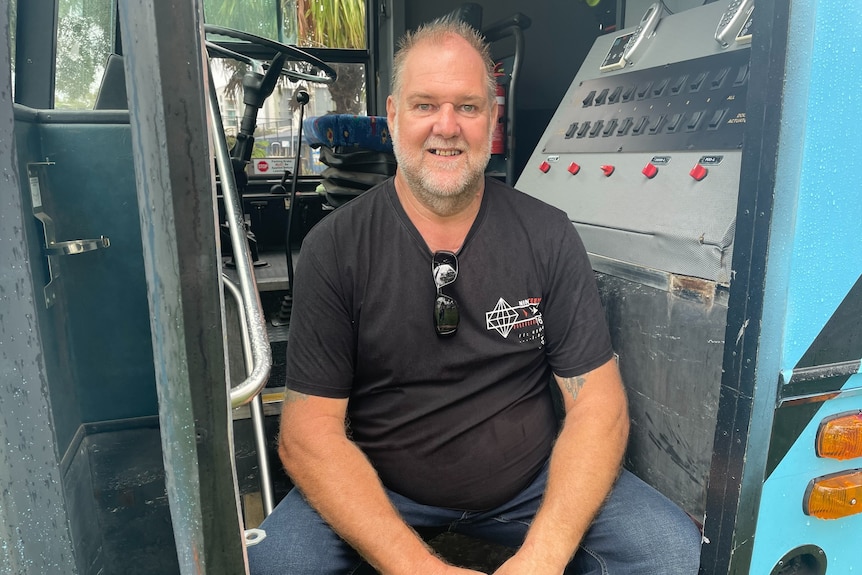 Mark Ellis says he’s proud of the sleeper bus but wants governments to do more for the homeless.ABC Sunshine Coast: Jacqui Street)

Mr Ellis said the need for emergency housing in the area continued to grow as many could not afford rent increases.

“To the department’s credit, she was actually housed the next day due to the absence of a 73-year-old woman sleeping on the street.”

“I think the federal government needs to look at this seriously and pump in some serious money or else…we have a serious problem as it is, but it’s only going to get worse.”

Queensland on brink of homelessness crisis Social services fear the number of people sleeping outside in Queensland will continue to rise as the end of financial support from the pandemic coincides with a fall in rental housing availability.

The Queensland bus follows others in Melbourne, Canberra and neighboring Queanbeyan in New South Wales.

Mr Ellis said Maroochydore’s fundraising efforts had inspired other communities and sleeper buses had been ordered for Hervey Bay, Byron Bay and Taree.

“I really feel like a proud father. To see the bus here and to see some of the people who have experienced homelessness come and see the bus is a great thing.”