Nigeria performed the worst on both counts, recording the highest percentage of cases (27%) and deaths (31.9%) than anywhere else across the entire world.

The country is estimated to have recorded 64.7 million malaria cases, and 199,689 deaths. A majority of those affected were children under the age of 5.

Malaria, a disease caused by a parasite that is transmitted by infected mosquitoes, is preventable and treatable, but it has become so endemic in Nigeria that it is regarded as a way of life, hence not treated with as much alarm needed to reduce severe incidents that can lead to death.

A great number of Nigerians are very likely to self-diagnose and self-medicate when they notice the tell-tale symptoms of malaria, and this can complicate efforts to effectively combat its prevalence. 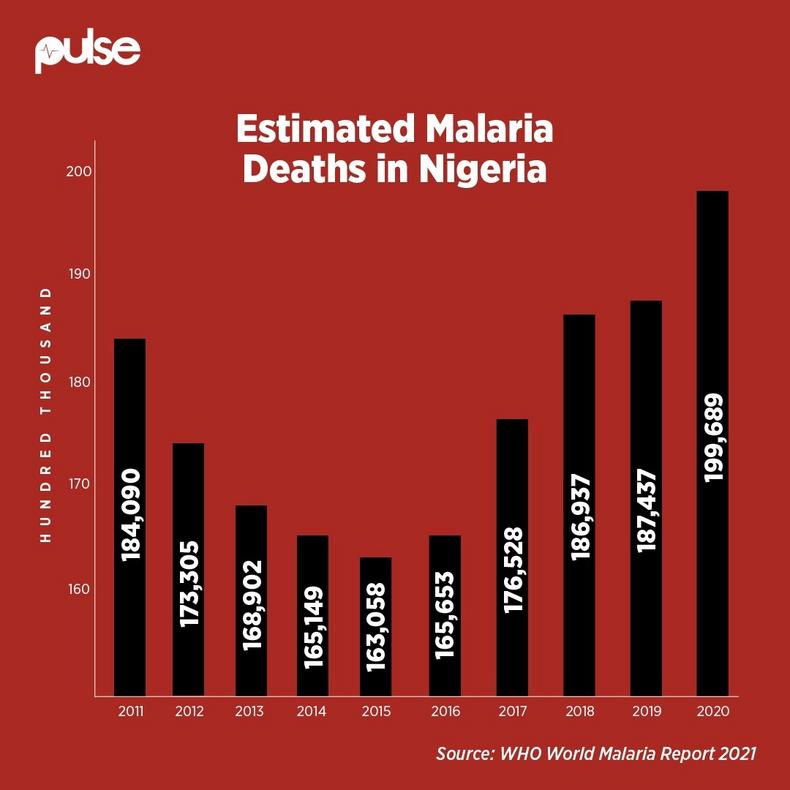 When the Society for Family Health (SFH) started its malaria intervention in 2003, its immediate concern was for people to have easy access to treatment options, and prevent severe cases and deaths.

The NGO, founded in 1983, quickly commenced with the provision of pre-packaged treatment for vulnerable groups, a project supported by the United States Agency for International Development (USAID).

The project involved distributing commodities to the private sector, especially Patent and Proprietary Medicine Vendors (PPMVs) who usually are the first point of contact in local communities.

Vendors were trained and provided with quality malaria treatment and diagnostic knowledge. 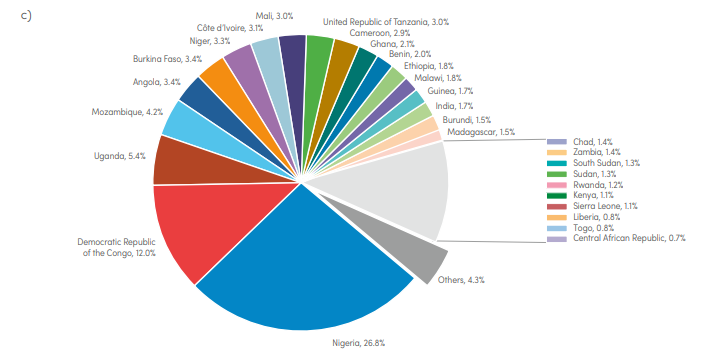 For a country with a dreadful malaria crisis on its hand, Nigeria relies heavily on external funding for programmes to eliminate it, or lessen the burden significantly.

The biggest donor is the Global Fund to Fight AIDS, Tuberculosis, and Malaria which has disbursed $287.2 million to Nigeria between 2018 and 2020 alone, and disbursed more than $50 billion across over 155 countries since 2002.

The Project Management Institute, USAID, World Bank, and the United Kingdom have similarly disbursed a combined $271.2 million on malaria intervention programmes in Nigeria over the past three years alone. 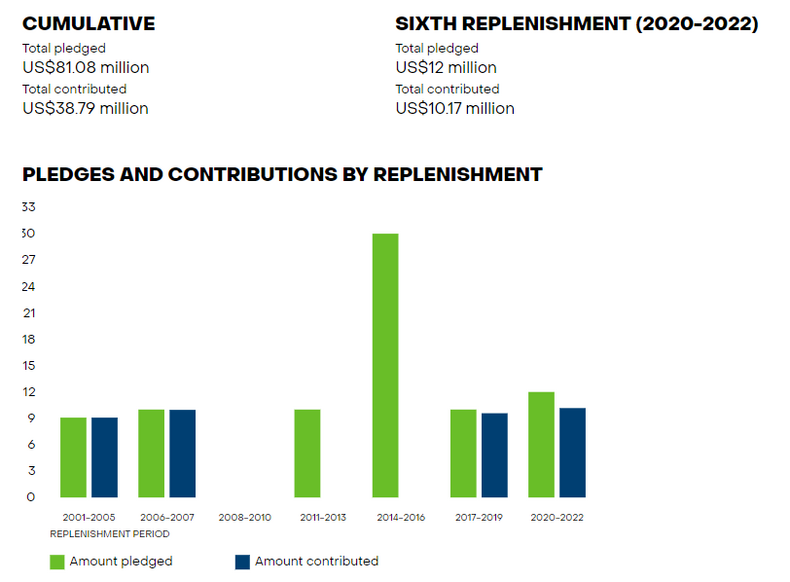 More than 157 million of Nigeria’s estimated 206 million population stand at high risk of malaria, a figure that should inspire dread.

The distribution of insecticide treated nets (ITNs), more commonly called mosquito nets, is one of the core vector control interventions in the WHO’s bid to prevent infection and reduce malaria transmission.

Over the years, SFH’s malaria intervention has evolved from a combination of strategies, to now majorly focus on mass net distribution campaigns over the past five years.

Global Fund started partnering with the NGO in 2007 and is now its key donor in the net distribution programme that is implemented in 13 states across Nigeria.

Before a mass ITN campaign is implemented, SFH conducts micro planning that involves visiting a state to get actual population data for all communities which will translate to the actual quantity of nets needed for 100% coverage.

The data obtained includes a list of the communities and their corresponding population, distribution points, amongst other deliverables.

These data points are used with some basic assumptions to obtain the needed personnel that will be involved in the distribution of the nets.

On the average, a regular-sized state can require a minimum of 7,000 health workers and adhoc personnel, while bigger states like Kano have in the past required as many as 29,000.

“This is a huge process and we can liken it to a census or an election because this happens in all the Local Government Areas, wards, and communities of every state,” Christopher Dangana, Senior Manager Procurement and Supply, SFH Global Fund Malaria Project, tells Pulse. 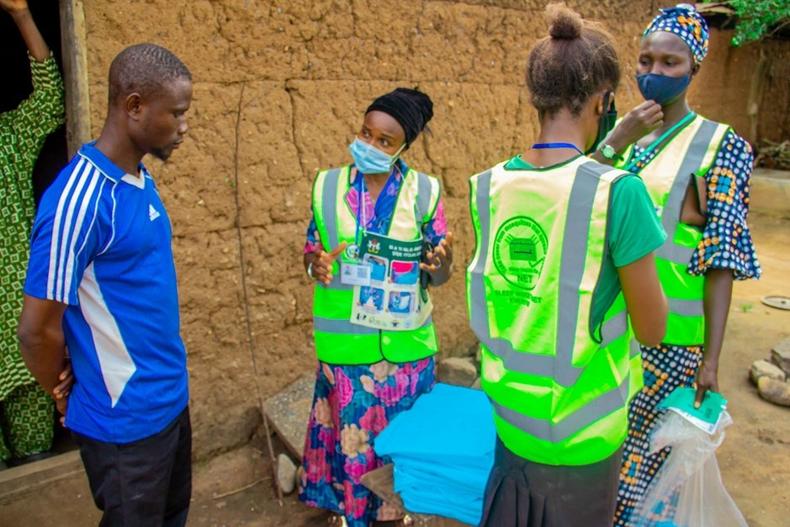 Based on studies done on the efficacy of the nets, the national strategy is to distribute them every three years in each state.

One of the most recent campaigns was implemented in Ogun where 3.7 million nets were distributed across all 20 LGAs in the state in September 2021.

Ajayi Babatunde moved his young family to a new site in Akuro, Ogere in Ogun earlier this year and has had to battle the scourge of mosquitoes breeding in the surrounding of his home.

His main strategy to keep the mosquitoes out was training every member of his home to always firmly shut the doors to limit entrance and exposure to the parasite-carriers.

But he knew that was inadequate, and was very happy to receive three mosquito nets for his family three months ago.

“We really enjoy it in the sense it protects us from mosquitoes,” he tells Pulse. 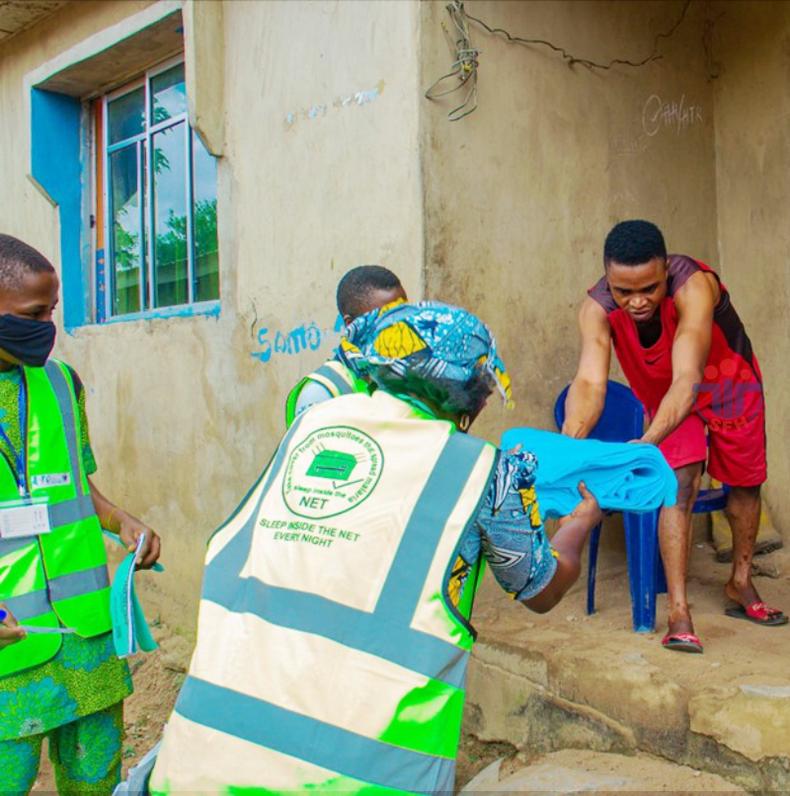 Omilana Sola says the stagnant water in gutters in his Odo Eso area, also in Ogere, is the perfect breeding ground for mosquitoes, and the source of his frequent malaria episodes.

He used to have a mosquito net from years ago that he abandoned at some point because it became too dirty and he had no idea he could wash and continue using it for a certain period.

He was reached once again by SFH’s latest distribution campaign, and feels it has changed his life.

“I even just slept under it last night. It’s been a while since I had malaria since I started using the net. Malaria has not hooked me down,” he says.

These net distribution campaigns are not just beneficial to the short and long term health of residents, but also improve the local economy with local personnel earning between N10,000 and N60,000 for their services, usually helping with the distribution. 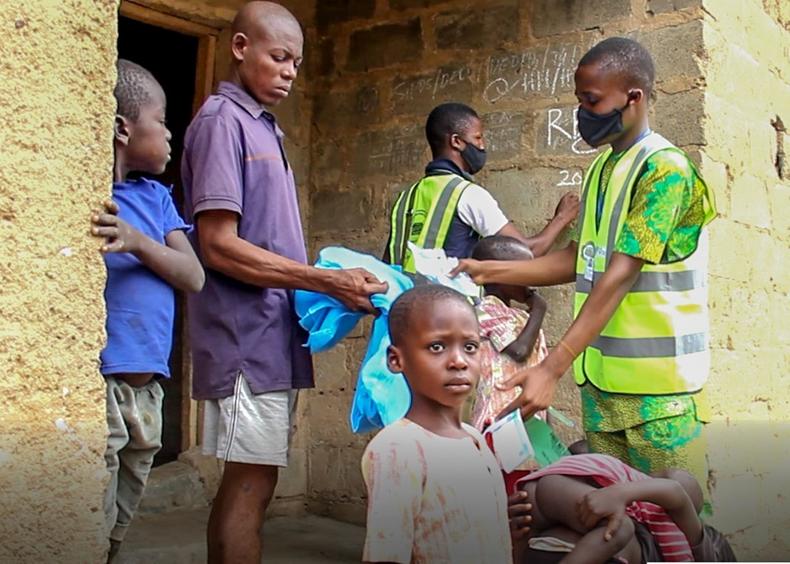 SFH has distributed nearly 122.5 million nets since 2009; but considering Nigeria’s malaria burden is still the worst globally, more obviously needs to be done.

There are a host of problems facing the team’s work, one of the most prominent of which is data gathering.

Procurement of the nets is done based on the 2006 national census, with figures from that exercise projected to the implementation year.

The projected population is not an accurate reflection of the population in most settlements and, invariably, the whole state.

This usually leads to the inadequacy of nets to cover the actual population obtained during the micro planning process and also during the implementation.

Nigeria has dragged its feet on conducting another census since it failed to meet its 2016 target, and missed numerous deadlines to catch up with accurate nationwide figures of citizens.

“It’s a little bit flawed, so it’s one of our biggest challenges in the mass campaign,” Dangana says, expressing hope that the National Population Commission (NPC) keeps to its latest promise to conduct a census next year.

Adamawa, Kaduna, Katsina, Niger, and Yobe are some of SFH’s coverage areas, and are some of the states worst affected by terrorism in Nigeria.

“If you really want us to do this work much better, we need to remove the security problem,” he tells Pulse. 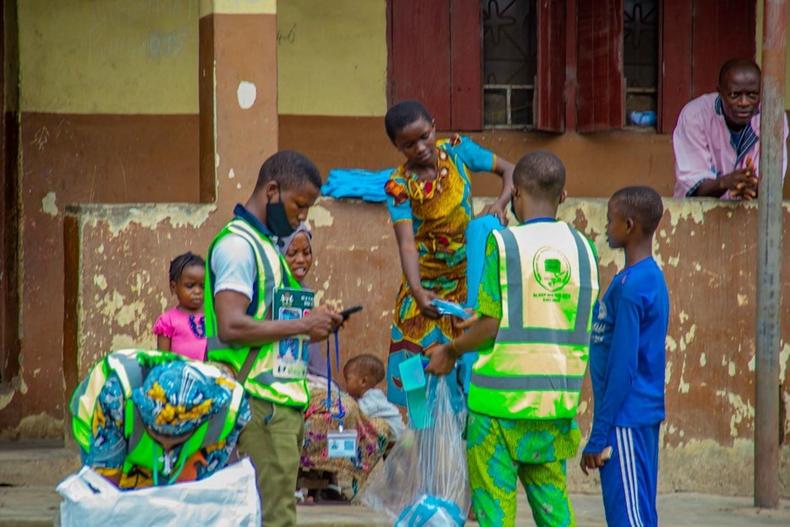 Mopelola Raji, Senior Manager Project Operations, SFH Global Fund Malaria Project, is not all too impressed with the culture of net usage in Nigeria, especially in the southwestern region.

She believes some of it is down to the dangerous acceptance of malaria as a household disease, which means it doesn’t get the attention it deserves.

“There’s a lot of awareness and education and information dissemination from our side, but behaviour change or maintenance doesn’t happen in a day, so it’s something that we need to work on to make sure that at least Nigerians have the culture of net use, and forget the myths and misconceptions associated with it,” she says.

Raji also believes the government should be doing more in providing commodities and medicines for health facilities, especially targeting malaria.

This, according to Dr Nwokolo, should also be paired with more local funding to reduce the burden of malaria prevalence in Nigeria.

This is especially important in light of the looming crisis the Chief Consultant Epidemiologist of the Federation, Dr Godwin Ntadom, calls ‘donor fatigue’. 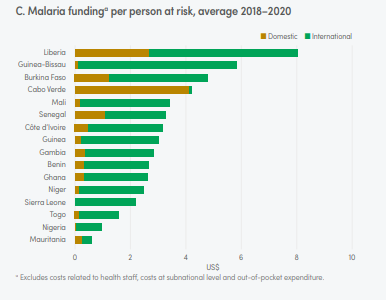 The WHO in October recommended the widespread use of the RTS,S/AS01 (RTS,S) malaria vaccine to specifically fight high P. falciparum malaria transmission.

The vaccine is to be provided in a schedule of four doses in children from five months of age for the reduction of malaria disease and burden.

A survey of 500 Nigerians conducted by data aggregator, Premise, revealed that many believe the vaccine will be effective but are still hesitant to trust it until they know more.

Over 40% of the respondents live in high-risk communities, and almost half already use mosquito repellent creams or sprays, and nets to protect against malaria.

65.91% of them are willing to allow their children to receive the vaccine which is expected to roll out next year.

Global demand for the vaccine is expected to be as high as an estimated 80 million doses annually, but current vaccine production capacity stands at 15 million doses, according to Dr Pedro Alonso, Director, WHO Global Malaria Programme.

Even if supply was not an issue, Dr Nwokolo doesn’t expect the good news of the vaccine’s arrival to quickly displace other interventions like the net distribution campaign, even though he thinks some will drop off along the way.

“The battle against malaria has always functioned on the basis of multiple strategies to combat it,” he says, “Vaccine won’t make us rest and go to bed.”

Dr Alonso recently expressed concern that the world is substantially off-track in efforts to achieve the malaria targets of the WHO global strategy which includes reduction of malaria case incidence and mortality rates by at least 90% by 2030.

Failure to stay on track hits countries like Nigeria the hardest, which is why it’s important for organisations like SFH to get the local and global support to be able to reach the most vulnerable communities and significantly reduce the nation’s malaria burden.

There are so-called ‘orphan’ states in Nigeria not covered by SFH’s Global Fund intervention, and who don’t receive assistance from any major donors.

The goal of the Ministry of Health’s National Malaria Elimination Programme (NMEP) is to have a malaria-free Nigeria, but the path towards that future requires new approaches, and better coordination of existing interventions.

The NMEP has designed a 2021-2025 national strategic plan with a target to have practically no malaria deaths by 2025.

“If you can supply all those things itemised in the strategic plan, then by 2025, we should be talking about less than 5% malaria prevalence in the country,” Dr Ntadom projects.