de Havilland Mosquito B.XVI ML963 in flight during World War II. The People’s Mosquito project to rebuild a flyable mosquito in England is in full swing … catch up on the latest advances and help raise funds. (Image via Wikipedia)

The Mosquito is taking shape again in the UK thanks to the efforts of the UK charity The People’s Mosquito, backed by the unique expertise of the world famous specialist in historic aircraft restoration, East Sussex-based Retrotec Ltd. 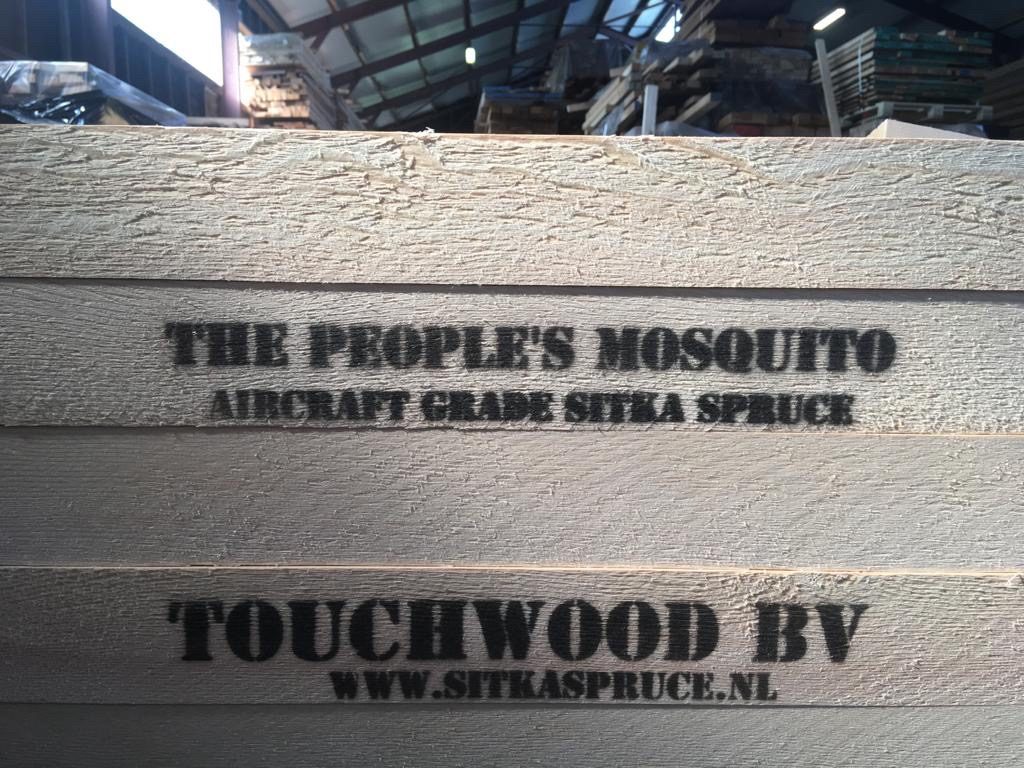 Efforts to get the mosquito back to the UK skies for the first time in more than 25 years have picked up pace in 2020 despite lockdown restrictions and an air show season decimated by the Covid-19 pandemic. The exciting restoration project is fully funded by donations from mosquito enthusiasts around the world, in addition to important support from big names in UK industry such as Airbus UK.

The Mosquito remains one of the most influential aircraft of all time and an outstanding example of British war technology. Described as the world’s first true multi-role aircraft, it excelled as a reconnaissance aircraft, bomber, scout, fighter-bomber, and night fighter.

The Mosquito’s unique plywood construction, which played an important role in the development of composite construction in today’s aerospace industry, was instrumental in the aircraft’s unmatched performance between 1941 and 1943. 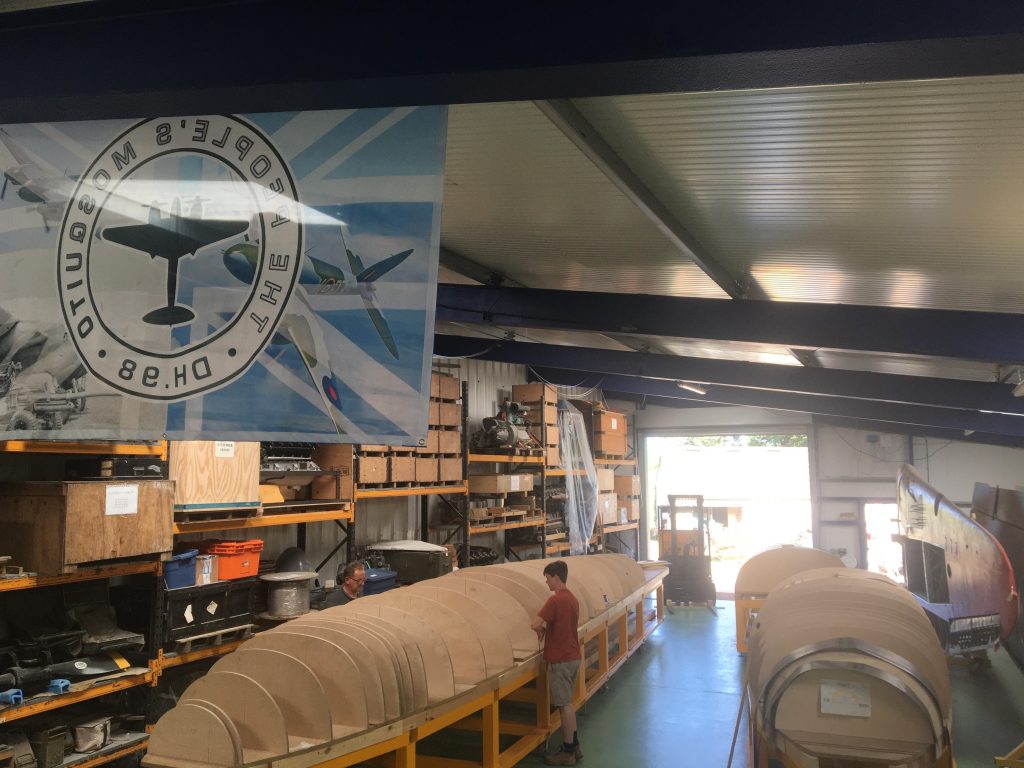 To mark the 80th anniversary of the mosquito’s first flight out of Salisbury Hall just outside Hatfield, 2020 public support has helped The People’s Mosquito make rapid progress in completing the first UK-built De Havilland Mosquito hull shapes has scored more than 70 years. Now the first aircraft-grade Sitka spruce has been ordered from sustainable forestry in British Columbia, Canada – the same region where the original mosquito production was delivered between 1941 and 1950.

The construction of the aircraft’s first fuselage bulkheads marks another major milestone in the effort to bring the legendary mosquito back to the British skies.

The charity uses its cache of more than 22,000 original drawings by de Havilland Mosquito along with Retrotec’s respected technical know-how and traditional woodworking to ensure the highest standards of authenticity. 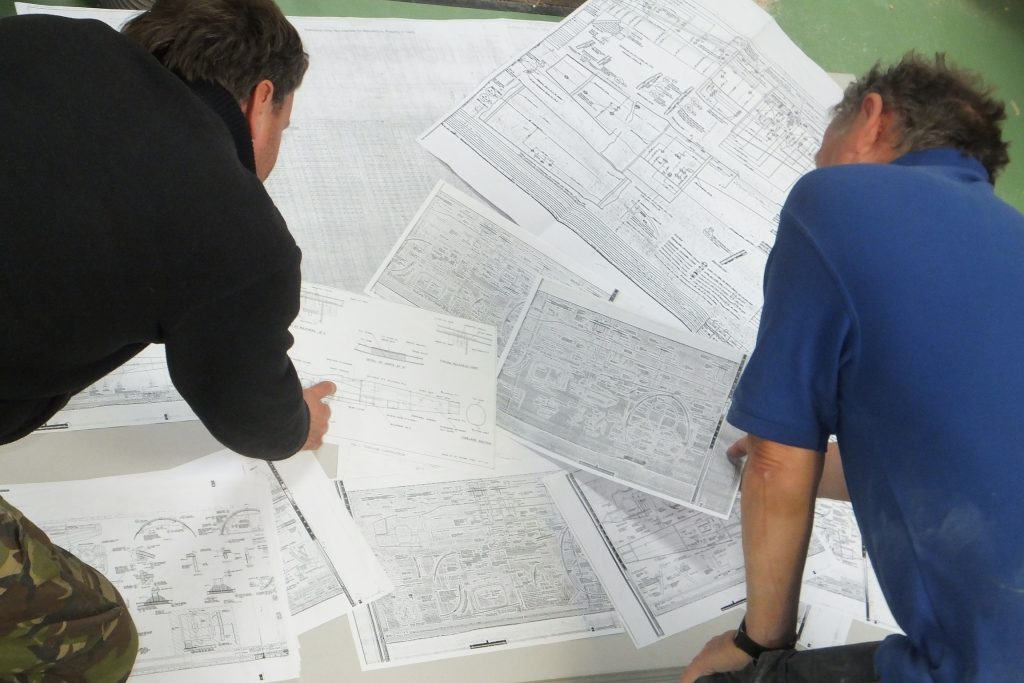 John Lilley, Chairman and General Manager of The People’s Mosquito, said, “In these difficult and challenging times, it is good news to report. The restoration of our mosquito fighter-bomber – a former 23 Squadron aircraft that was unfortunately lost in an accident at the RAF Coltishall in 1949 – is an opportunity to fill a blatant void in the proud history of Britain’s aerospace heritage. The Mossie, as it came to be known, was born out of adversity when Britain had it back on the wall. In a way, this restoration evokes the spirit that carried us through those historically dark days. “ 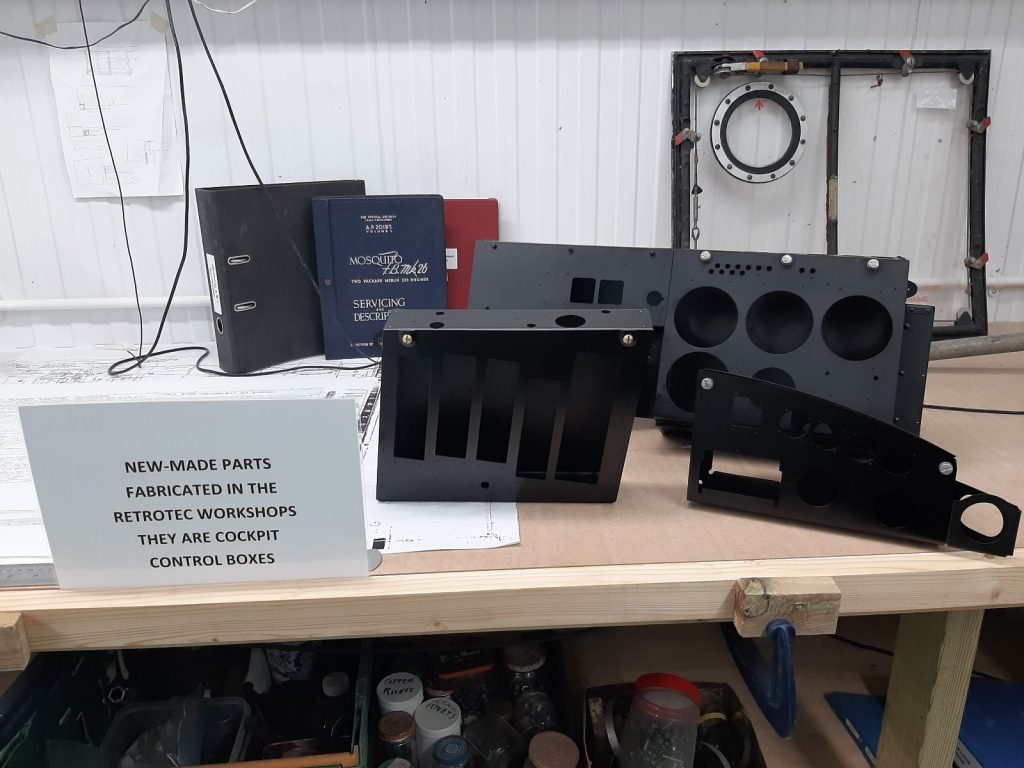 The entire project is being overseen by Retrotec – in full compliance with the technical and manufacturing requirements of the British Civil Aviation Authority of the 21st century. The commitment to the highest standards of authenticity underpins this important restoration. What better way is there to appreciate the bravery of the two-man crews who have put this remarkable aircraft in danger, often below the treetops, and made an absolutely vital and significant contribution to its eventual victory in World War II.

Subject to sufficient funding, we aim to complete the hull molds in early 2021. The work is part of a four to five year restoration to bring the mosquito back to the sky for the first time since Europe’s last airworthy example was tragically lost in a 1996 crash near Manchester.

The People’s Mosquito is a registered UK charity and a full member of Aviation Heritage UK, whose aim is to educate and educate the public and future generations about the mosquito and its place in history. His motto is “Fly, Educate, Remember” to restore this vital plane and bring it back to the sky.

The charity is supported by Airbus UK – an international aerospace reference, whose own legacy includes making the mosquito between 1948 and 1950. More than 80 de Havilland mosquitos, including the last aircraft to ever roll off the assembly line, were completed in Broughton, the current headquarters of Airbus UK.

In partnership with East Sussex-based restoration company Retrotec, the charity is working to restore a successor to a mosquito lost on a training flight from RAF Coltishall, Norfolk, in 1949. In this way, the project will deliver the first UK-built mosquito in more than 70 years: the last UK-built example rolled off the assembly line in Chester on November 15, 1950.

To learn more about The People’s Mosquito and to support this project, visit www.peoplesmosquito.org.uk