Map of the Soul: How BTS Phrased the Western Pop Rulebook | Ok-pop

B.TS leader RM looks up from under a black baseball cap, then stares back down at his hands. “Do the advertising interviews, [I kept saying]”Music really overcomes every barrier.” But even when I said it, I wondered if I really believe it. “

It’s the end of September and the rapper trusts over a million fans live from his studio in Seoul. His “complex feelings” about the explosive, record breaking success of Dynamite – the South Korean megastars’ first fully English single – isn’t the celebration you’d expect from a band that just topped the US Billboard Hot 100, the first K- Pop act who does this. But this kind of open, unfiltered conversation is exactly what their global “Army” fan base loves: BTS’s open social media presence has drawn fans into every step of their artistic journey and with the release of the new album Be This week brought the biggest pop group in the world.

Since their debut in 2013, the seven-piece boy band – rappers RM (Kim Nam-joon), Suga (Min Yoon-gi) and j-Hope (Jung Ho-seok) and singers Jin (Kim Seok-jin) – have Jimin (Park Ji-min), V (Kim Tae-hyung) and Jungkook (Jeon Jung-kook) have prioritized self-reflection in their music. Inspired by US hip-hop, they drew on RM and Suga’s reputation as underground rappers and J-Hope’s references as street dancers to foster an emotional, rebellious image: the debut single No More Dream grabbed the social expectations of their generation and quipped: “What is it? your dream? / Number one future career as a government official? ”

Though they have since dumped the sleeveless shirts, heavy necklaces, and unfortunate hairstyles of their earliest years, the group’s ability to ask weighty questions of themselves remains. Inspired by the philosopher Carl Jung, BTS’s latest album Map of the Soul: 7 used seven solo tracks to present the personal self-examination of each member of RM’s anthemic rap-rock choir “Persona / Who the Hell am I?” on the album’s opener to Jungkook’s My Time, a neo R&B song about swapping childhood for career. Black Swan, the dark, theatrical single on the record, openly discusses the possibility of falling in love with music: In his eerie video, Suga, who crouched on a shady stage, confesses: “That would be my first death / I was always afraid of. “

No wonder, then, that RM would openly think about music with no transcendent power – especially since the group’s Korean-speaking singles received significantly less support from Western radio stations – and talk about how BTS’s open scrutiny of their own art challenged the standards of authenticity has pop.

“I don’t know other K-pop idols play both authenticity and BTS off,” says Professor Suk-young Kim, director of theater and performance studies at UCLA and author of K-Pop Live, a book from the year 2018 K-Pop’s unique relationship with digital media. “What fans love most about BTS are their stories about their authentic feelings about knowing who they really are.” She says that “K-pop idols are known to do excessive emotional work on their fans,” often conveyed through elaborate meet and greets or low-key livestream conversations with an intimate feel, and points out that the debut of BTS coincided with the popularity of the mainstream of useful tools like Twitter and YouTube Live. Her label Big Hit even created a bespoke social media platform Weverse to facilitate a closer dialogue with fans. 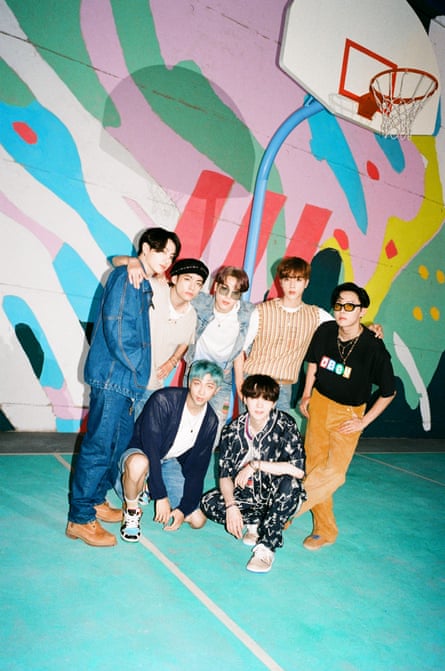 In addition, the seven members have undeniable charisma. Early in their careers, they stopped performing in South Korea’s popular Idol variety shows, where pop stars are sometimes placed in awkward positions to create their own version of the format: Run BTS! There are now more than 100 episodes in which the group participates in stupid, meme-generating challenges. This summer, Big Hit produced a miniseries in which the band cooked, ate, hiked and napped in a beautiful cabin by the lake – and little else. No drama, no conflict, the show should give fans an even better insight into the group’s friendship. The most extreme moment? Probably when Jimin got tipsy and accidentally hit a mosquito net on his body.

Reality TV is also an important part of the western pop playbook: Cardi B spans her unfiltered appearances on Love & Hip-Hop: New York into the big label Gold and uses Instagram to speak openly with her fans. Ariana Grande and Taylor Swift have similarly mastered the appearance of down-to-earth reality on social media and made great success out of it. But BTS has given these often gender-specific, time-tested storytelling devices a twist of their own, highlighting them as storytelling devices, and engaging their fans directly in creating these narratives.

Prof. Kim says, “There is no such thing as an authentic self: it’s about how you make your story.” In her opinion, BTS ‘most daring exploration of authenticity lies in the lavish Bangtan universe. In contrast to their leisurely, tactile reality shows, the Bangtan Universe or BU is a dark origins story for the group, which aired across many BTS music videos between 2015 and 2018. The characters are named after and performed by the members, but it’s so completely removed from the autobiography: V didn’t kill his father after all, nor can Jin turn back time. The complex, non-linear narrative is told through clues, Easter eggs, and elaborate motifs, and has inspired fans to create entire websites devoted to uncovering the mystery.

There is no such thing as an authentic self: it’s about how you create your story. Professor Suk-young Kim

“We know fans know that this narrative is not ‘authentic’,” says Kim, but argues “the level of intensity and involvement [that fans have] in this narrative universe “reinforces an even closer, more authentic connection. This bold act of storytelling develops the idea that K-Pop should be a “total production,” as Bang Si-hyuk, founder of Big Hit, once called it. K-pop is more than a genre of music. It’s a 360-degree performance where the singing, dancing, rapping, fashion, personality and digital presence of an artist are at stake. Because of this, most K-pop artists begin their careers as apprentices with a label and spend years becoming all-rounders before their debut.

But this aspect of K-Pop is also what is most criticized in the West. “The antagonism against K-Pop [artists] is that they’re just manufactured robots, and that’s so dehumanizing, ”says Kim. “There’s a very orientalist point of view that sees K-pop idols as not being authentic enough for a western audience, which is problematic and offensive. I mean, what is authenticity in this hyper-commercialized music business? “

Western Pop rewards authenticity, not only because of Cardi B’s missing filter, but also because of an older term that is still dragging on: “real” music is made on real instruments written by the person who plays it . Taylor Swift’s most recent album Folklore received its best reviews in years, partly because her obvious songwriting talent is considered more authentic when it comes to a calm, folk record made with musicians like Bon Iver and Aaron Dessner from the National. Even Mojo – a legacy magazine with Bob Dylan on the cover – has the record included in their album of the year. Other big stars, who have often passed the peak of their fame, have turned to the supposedly authentic album for a boost: Think Justin Timberlake’s Faux Everyman makes the disastrous Man of the Woods in 2018. Then there’s the idea of ​​the lone genius – the Ed Sheeran model, which says that anyone could crack the industry with just a dream and an acoustic guitar, and that talent should just come naturally, whatever that means. 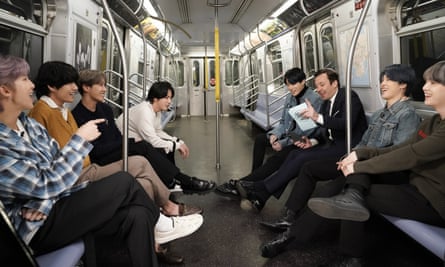 K-Pop does not play into these authentic performances, and so there are still allegations of “manufacturedness” in Western coverage of Korean pop stars. The review of that paper for Blackpink’s debut album in October provided one such example: it patronized the “parents” of the group’s fans, complaining that the girl band “avoided the need to have a human heart at the center of the K-pop machine to show “.

It would therefore be easy to see the new album Be by BTS as a piece of authenticity, as the western pop market perceives it: promotional images show the members holding analog wooden instruments in a vintage studio. Although RM, Suga and j-Hope have always been involved in the writing and producing, the group has taken on additional creative roles. Jungkook has made her next music video, Jimin is the album’s project manager, Jin is reportedly supposed to be in charge of fashion and V directs the visual aesthetic of the record – this is the kind of authenticity the West often craves.

The group also documented the making of this album through a series of mysterious but revealing videos: one shows the members laboriously writing by hand, with others they choose between analog cameras or check the texts in the recording booth. It’s clearly designed to demonstrate her artistic credibility, but in a way that is strikingly different from the tricky Man of the Woods model. BTS documents a selfless learning curve: Suga recently streamed his guitar practice live for two hours and reports that he recorded the instrument over the summer. They also never hide their label’s involvement: Big Hit employees are always present in their videos, providing them with equipment, advice and technical assistance. It confirms her career-long narrative that “BTS-ish” means being in work and always making room for future growth.

One could, of course, argue that this is just another form of manufactured authenticity – in the sense that all authenticity is manufactured. What makes BTS revolutionary is their willingness to deal with it while pointing out their doubts, shortcomings and sources of support. They undermine both the myth of the lone musical genius and the stereotype of the K-pop machine. Be’s homemade aesthetic suggests a new articulation of the group’s identity, but she is re-focusing on her fan base using Easter eggs, cues, and jokes developed over the years to share her storytelling duties with her fans. This is authenticity in a language only they and their army speak – the highlighting of the hypocrisy of “authentic” pop music is just a happy side effect.