Popular Australian entertainer and television artist Jeanne Little has died at the age of 82.

“My mother has left the earthly plane. This is a great shock – but I am so grateful. I love you all my friends. Cheers mom, at all the fun times,” wrote Katie Little.

She stepped into the spotlight in 1974 after appearing on the Mike Walsh Show, initially as a guest to showcase her unique clothing designs, but quickly became one of the program’s most popular regulars.

Her quirky demeanor and wacky costumes – she always dressed for the occasion – instantly made her popular with the public.

Little won the Gold Logie for Most Popular Television Personality of 1976 for her work on the Mike Walsh Show.

After appearing on the Michael Parkinson Show in London, the London Evening News reported, “What a woman! You wouldn’t want a television with her in the house.”

She has appeared in numerous Australian variety shows, including the Don Lane Show and Ray Martins Midday Show, and was a panellist on Beauty and the Beast alongside Stan Zemanek. 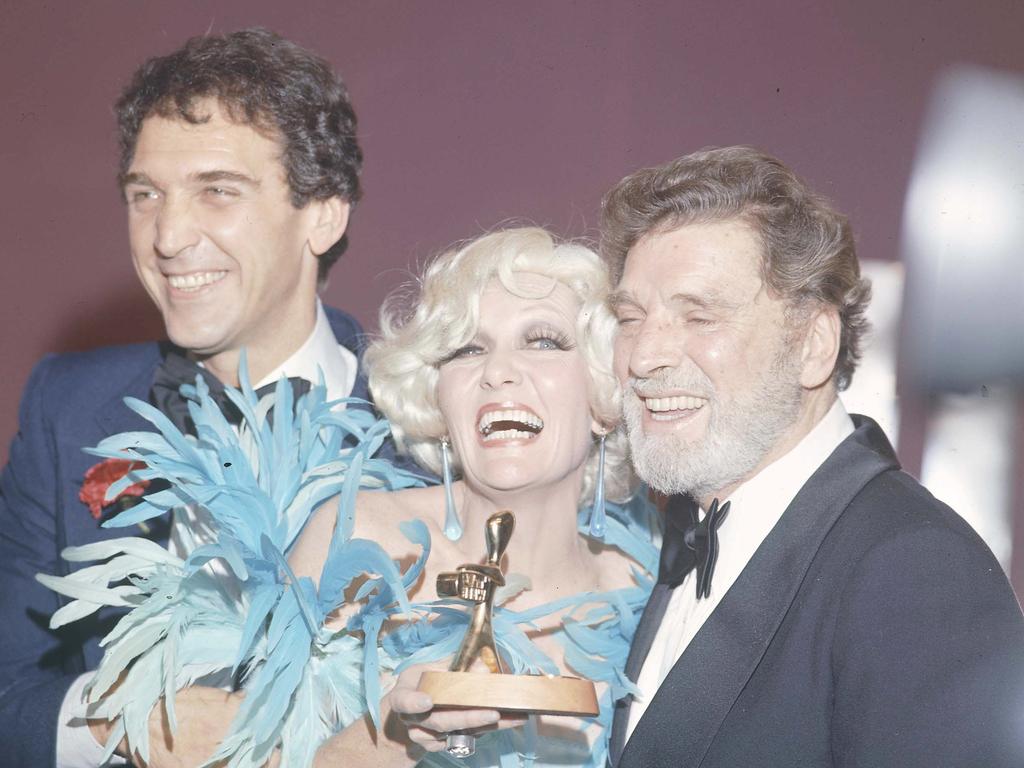 Jeanne Little with Don Lane and the American actor Burt Lancaster after her Gold Logie victory in 1977. Picture: Delivered

Her one-woman show Marlene, a tribute to actress Marlene Dietrich, was critically acclaimed and toured Australia and the United States.

Little was 68 years old when she was diagnosed with Alzheimer’s in 2009. Two years later she was cared for in a nursing home in Sydney. 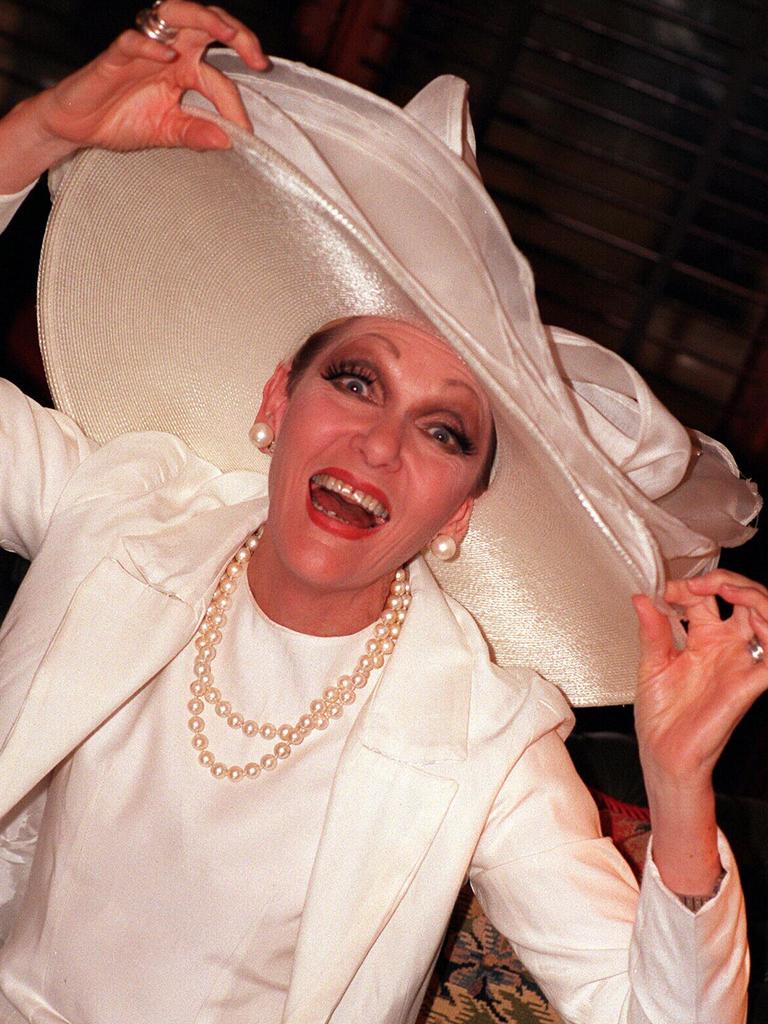 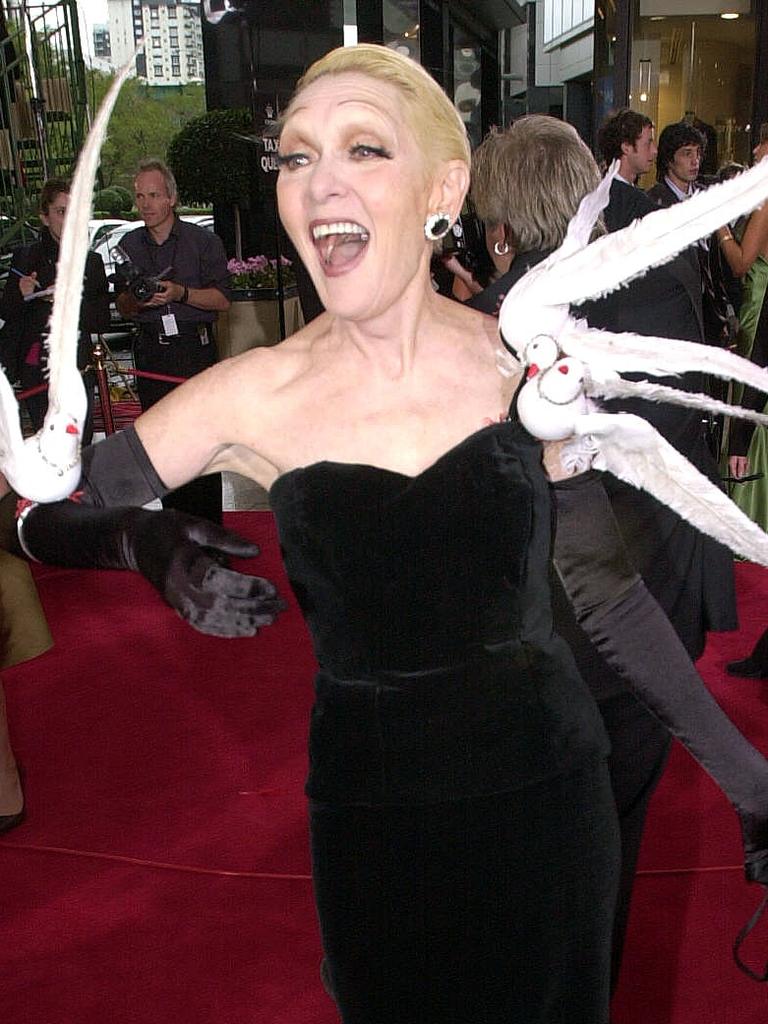 Katie Little announced her mother’s death on Twitter on Saturday night and shared lyrics from the song I’ll Be Here Tomorrow by Jerry Herman on The Grand Tour show.

Katie described her adored mother as “an icon of Australian culture” in an interview with the Sunday Herald Sun in 2018. “She was such a person and she wasn’t afraid to be herself,” said Katie.

“She loved dressing up, dressing up, and chatting. She was a great person and I want more people to celebrate and remember it.”

“Mom had a great outlook on life. She always saw the positive in everyone. She had no ego and she was so loved.” 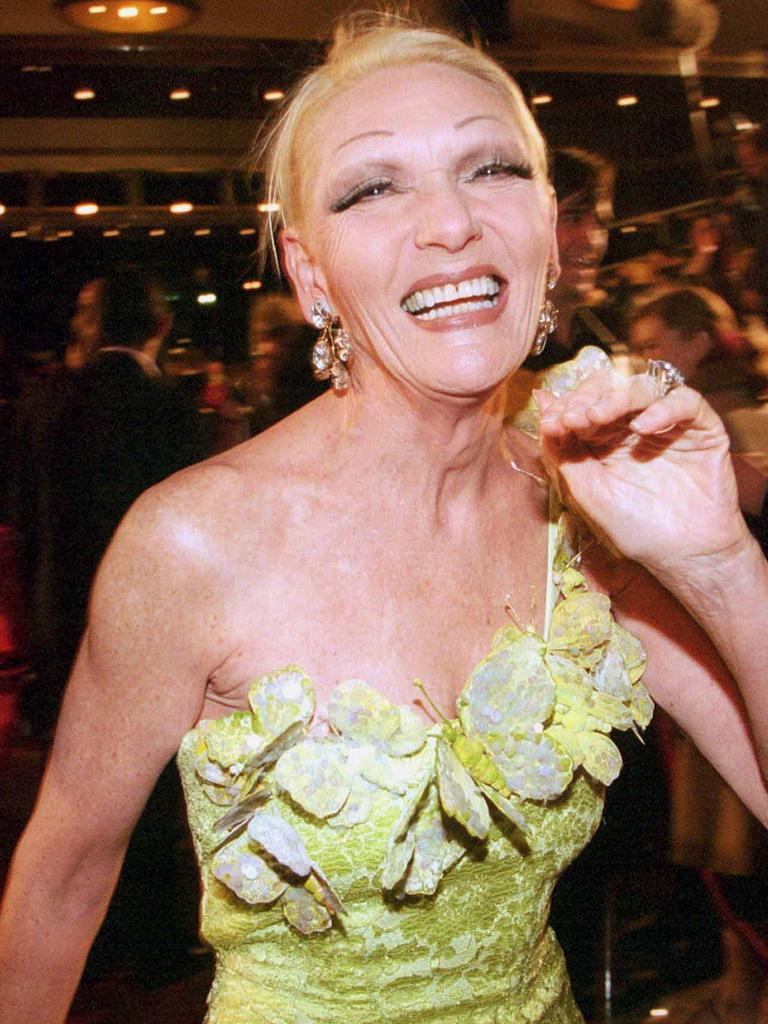 Jeanne Little, pictured at the 1983 Melbourne Cup, was known for her individual style. Image: Delivered

Little was a clever seamstress from a young age. Her quirky, self-sewn outfits were her calling card and made her famous.

Everything could be made into clothes in her head, be it a suit made of black plastic, a raincoat made of bubble wrap, a wedding dress made of mosquito net or a hat made of LP records. 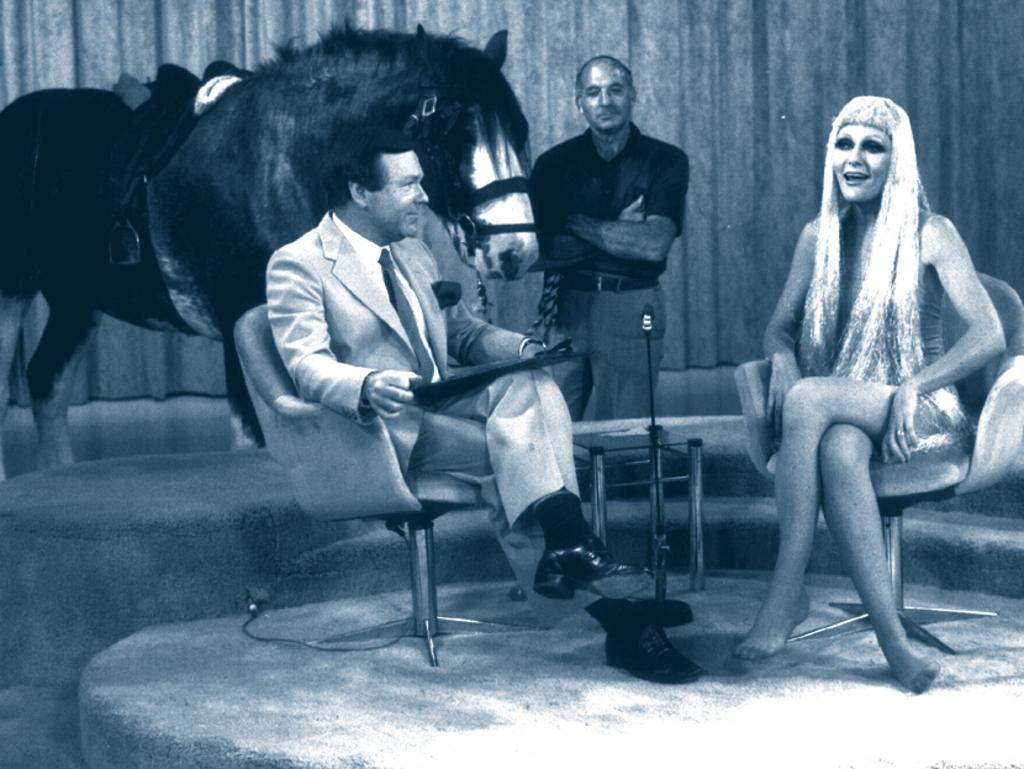 During her appearances on the Mike Walsh Show, Australian television viewers couldn’t wait to see what Jeanne Little would do next. Image: Delivered

In 1974 she opened a fashion boutique in Paddington, Sydney, which reflected her unique and extravagant style.

It wasn’t long before she became a media treasure and was invited to the Mike Walsh Show.

While the Mike Walsh Show was her best known and most consistent television role, Jeanne has appeared on numerous other popular shows, including Good Morning Australia with Bert Newton and Blankety Blanks with Daryl Somers. In 1982 she turned ‘Glad Bags’ into a fashion statement and launched the Glad Bag Fashion Awards.

At this year’s Melbourne Cup, hundreds of race goers took the trend to heart and dined their glad bag ensembles.

Little also appeared at the Royal Bicentennial Concert, held in Sydney in 1988 in front of Prince Charles and Princess Diana.

In her 2006 biography, Hello Darling !, featured when she met Diana, she said, “Hello darling, you must have been so tired of flying all the way to Australia to make it through this long concert.” 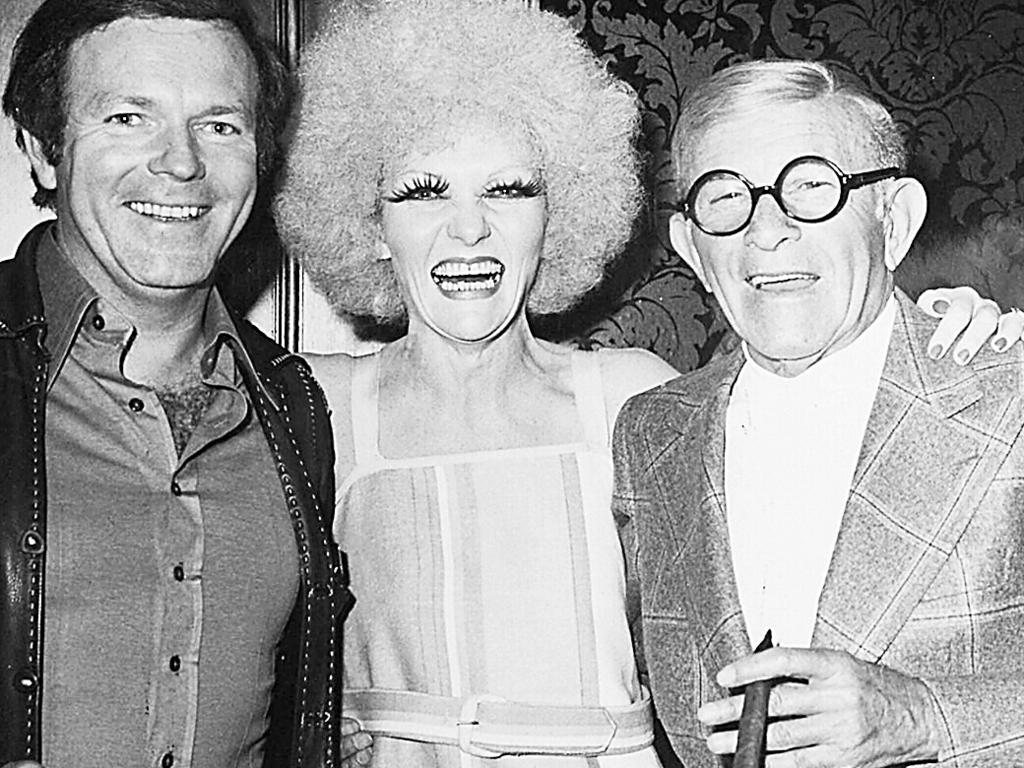 Diana replied, “Oh no, we had a very comfortable double bed on our plane so we arrived completely rested, thanks.”

After diagnosing her Alzheimer’s disease in 2009, her daughter Katie set up the Jeanne Little Alzheimer Research Fund to raise money for the NeuRA research institute.

“Mom has always put so much energy into supporting many, many charities for which she has received a medal from Australia,” she said at the time.

“She had great compassion for people and always tried to lift people’s spirits and inspire them to make a difference.

“I know she would love this research fund and would be happy to know that she is still helping people, even when she can’t get out and do it herself. 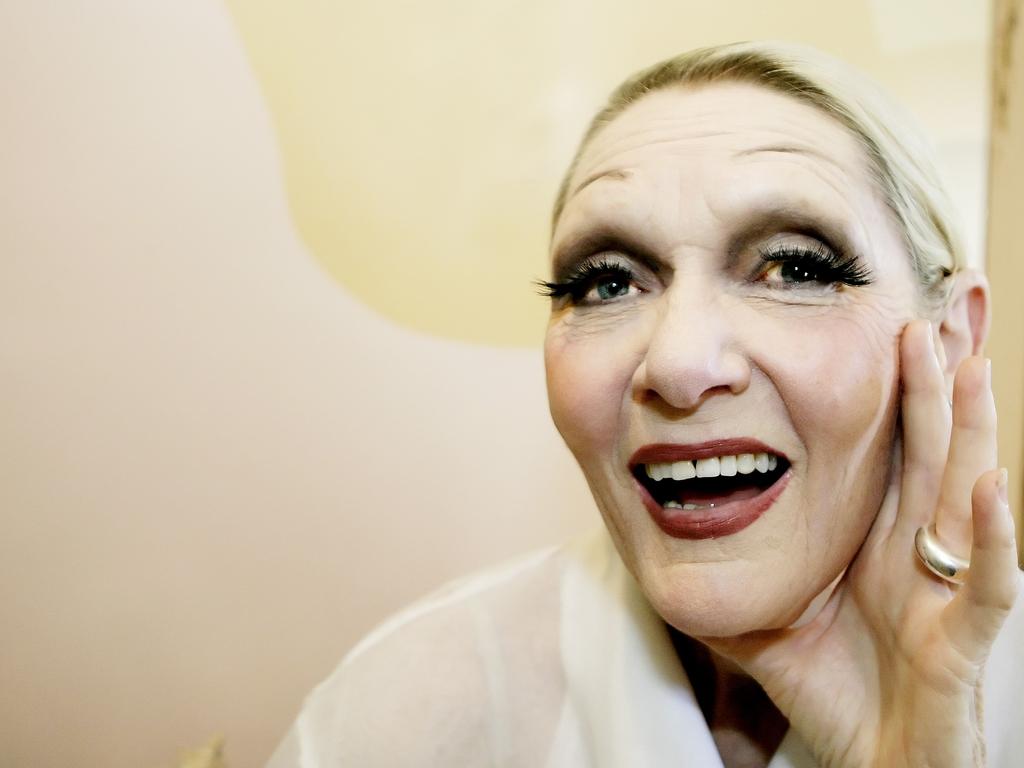 In April, Katie spoke about the difficulty of not being able to see her mother during the COVID lockdown.

“Right at the start I thought I was just going away,” because COVID-19 obviously affects the elderly – it’s so much more dangerous for them, “Katie told the Morning Show.

“Mom’s really out in La-la-Land, she’s gone with the fairies, so I think, ‘She’s okay, she doesn’t know.’ So if there ever was a blessing on Alzheimer’s, this is it.

“The best I can do is stick with the kids.” 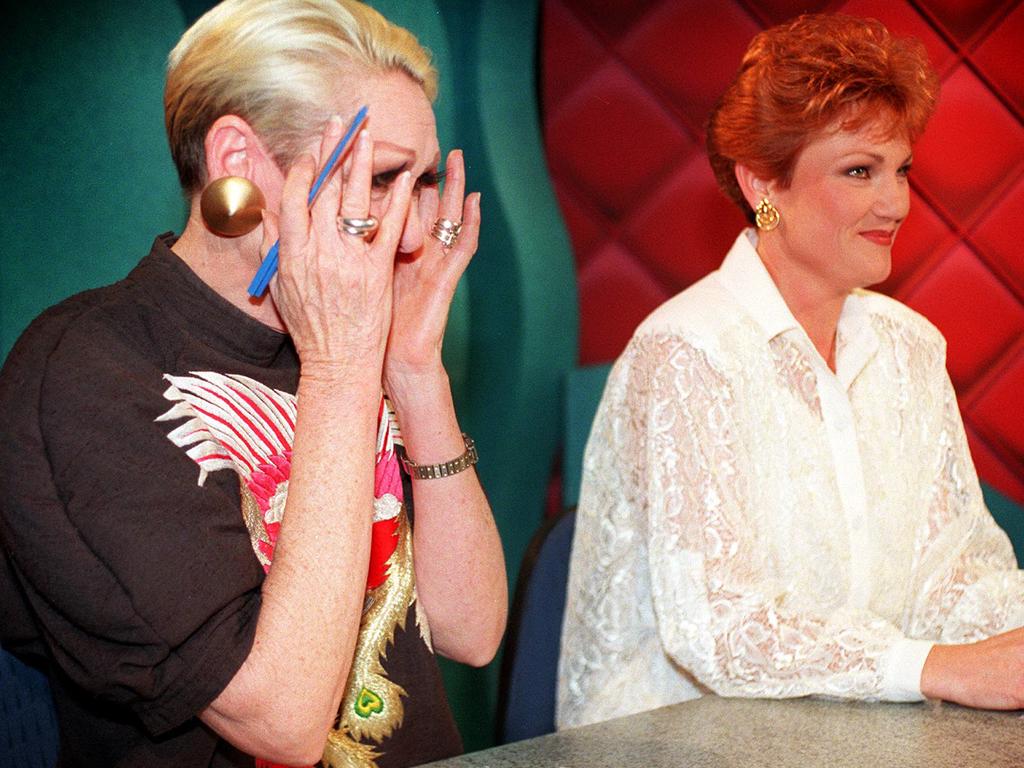