The city of Frisco will receive a mosquito contractor spray this weekend in a northeast neighborhood and near downtown after two pools tested positive for the West Nile virus.

The first area is in the villages of Stonelake Estates, which are located near the southwest corner of Eldorado Parkway and Custer Road, according to a city news release.

The second area is south of Main Street and east of Fifth Street / Parkwood Boulevard, according to the city. The spray includes The Rail District and the neighborhoods of Hickory Springs, Oakbrook Park Estates, Woodstream Hills, Hickory Hills, and Stonebrook. 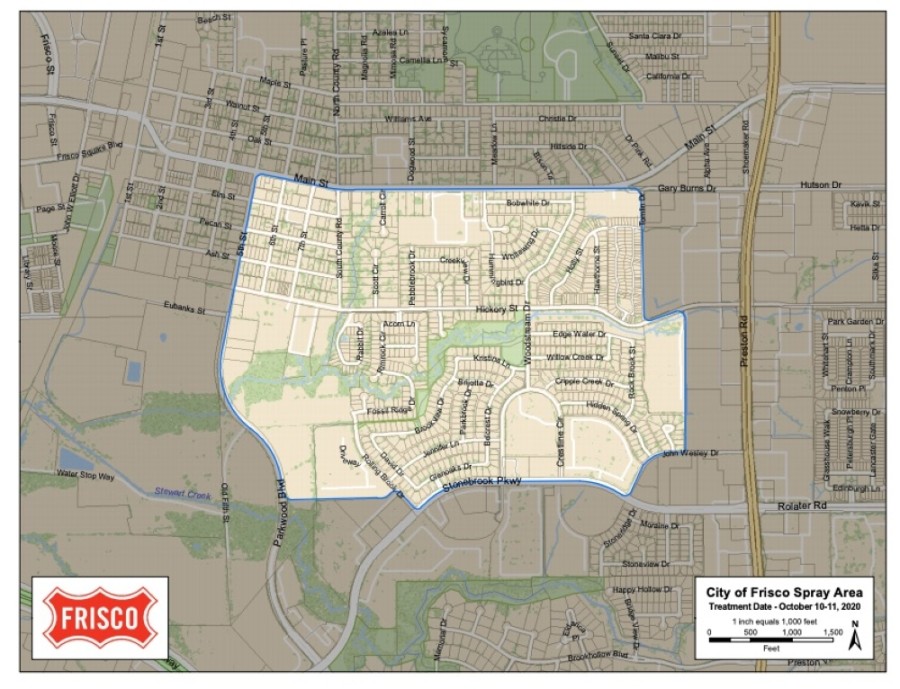 These two positive tests represent the 17th and 18th positive tests in mosquito pools since May 1st. According to the city, no cases of West Nile virus in humans have been reported in Frisco.

Precautions taken by the City and Texas Department of Health to reduce the risk of West Nile Virus include the following.