HAVANA TIMES – Cuba has a long history of power outages. From the 1960s to today.

When I was a little girl, power outages were so common that no one questioned them. At that time my mother sat in the doorway and started singing. My brothers and sisters and I crowded around them and sang too. We sang a lot of Cuban songs, especially boleros, until we got tired and went to bed. We would get under the mosquito net and die of the heat and fall asleep.

During that time, the electricity being turned on and off killed my mother’s refrigerator and an old TV that we couldn’t replace until we were all much older. I never understood why the power was turned off and then back on several times in a row. Something that is still happening.

While the blackouts did not completely go away in the 80s, the situation got much better.

Don’t have to say anything about the 90s … we had so few hours with lights that instead of blackouts we had alumbrones (flashes of light). At the time, I didn’t know if we couldn’t sleep because of the summer heat or climate change, but it was unbearable.

We went to the balcony in our apartment. I would cover my son’s bed with a mosquito net so he could sleep like he was in the jungle under the moon. My grandparents, my mother and I told stories or played cards in the light of a lantern. 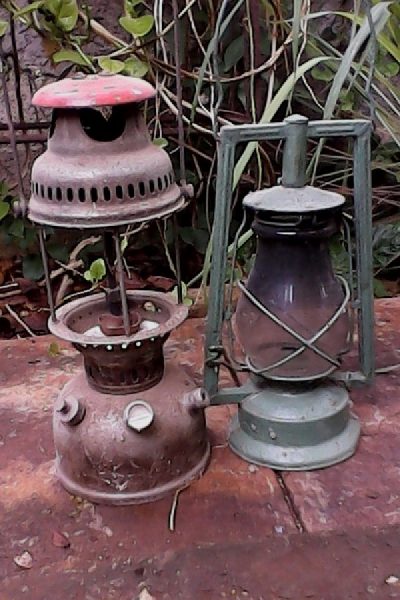 One day I got a Chinese lantern and it was like stepping out of the dark ages. It gave off white light and would last all night. It had one drawback, however: it didn’t have a glass around it. I took it to fix it and got a metal mesh cover around it. At night we lit it and surprised! We had light.

We were all very happy. Until one evening we invited a couple of friends over to play dominoes because my grandfather loved to play. Suddenly it caught fire and … we all jumped up and ran.

I remember my grandfather throwing a pitcher of water that he put to freeze for ice and it was still a little cold. Between all of us we managed to put out the fire that was already coming out the window.

The ceiling was completely black with soot, and my son, mother, and I covered it with stars and planets made from plasticine, which we put on the roof, and which we threw up with all our might so that they would stick and them would keep the shape we made them into.

I remembered all of that last Saturday when I was watching a movie and the power went out. It was not ten minutes before it was put back on. It went out a few minutes later, so I gave up watching the movie.

My son says it could be something like annoying ads on foreign television programs. However, I can assure you that power outages, especially the “comings and goings” of electricity, are far worse and more humiliating. Believe me.