The Spanish health authorities are reporting an outbreak of the West Nile Virus (WNV). The outbreaks, first reported in early August, were recorded in the provinces of Seville, Cádiz and Huelva (Region of Andalusia) and the Province of Badajoz (Region of Extremadura). 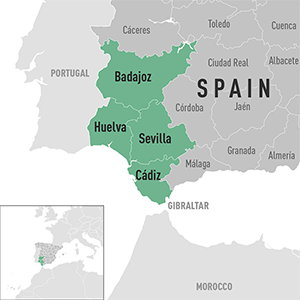 As of October 8, a total of 75 WNV cases had been confirmed (40 confirmed and 35 probable), of which 56 had neurological symptoms and required hospitalization. 7 deaths were recorded.

The outbreak in Spain has led the United States Centers for Disease Control and Prevention (CDC) to issue a travel notice for the area. All travelers are at risk. Travelers over the age of 50 are at the highest risk of serious illness from the West Nile virus.

They report that the most effective way to prevent West Nile virus infection is to prevent mosquito bites. The mosquitoes that spread the West Nile virus most commonly bite at sunrise and sunset. All travelers should take steps to avoid mosquito bites by using an EPA registered insect repellent, wearing long-sleeved shirts and pants outdoors, and sleeping in an air-conditioned room with the windows closed, a room with window bars or under an insecticide-treated bed net .